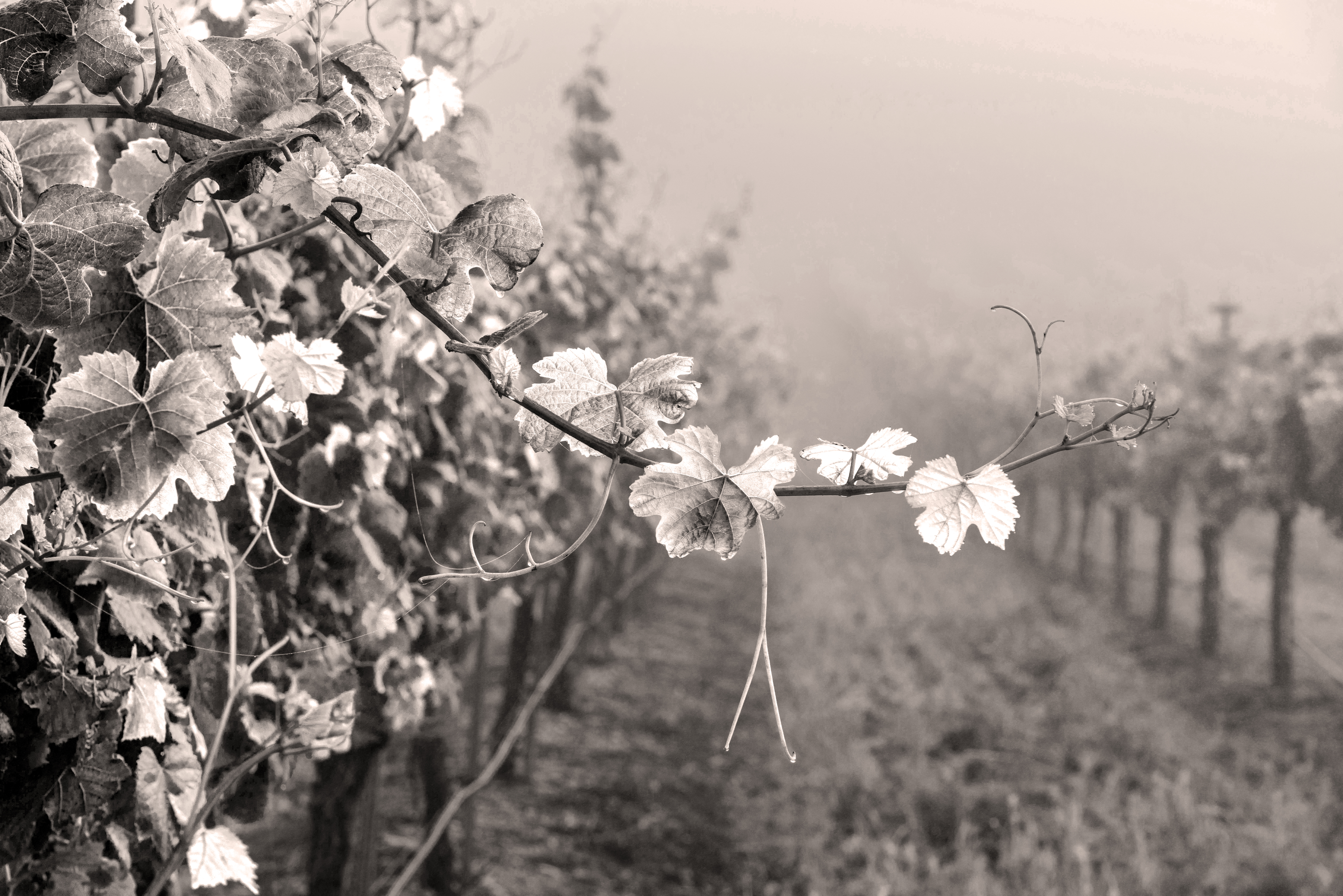 Much of a grape’s distinctive character arises from the soil from which it is grown. Savor a vintage with an authentic sense of place, and you are tasting a wine that may have been 100 million years in the making.

Tolosa sources much of its fruit from Edna Ranch which consists of six distinct sections, with 60 soil types and myriad microclimates encapsulating a remarkable spectrum of terroirs. Remnants of volcanic eruptions, fueled by clashing continental plates, share the landscape with calcium-rich sediments from tiny shells deposited on an ancient sea bed and estuary. Degraded granite meets tufa precipitated in a vanished sea. Heavy clay fills the valley floor while sandstone and clay loam cover the hillsides. Limestone - the Holy Grail for Pinot Noir – blankets the slopes of a knoll.

Combining these challenging, calcium-rich soil conditions and ancient seabed with the valley’s warm days and cool nights, you possess the ingredients for timeless and profound wines of diverse and distinctive character.

A sense of place arises from its history, from the ancient events forming its fundamental geological features to the people who have carved a living from it.  The human history of Edna Valley is rich and varied, from the Chumash to current time.  The Franciscans of Mission San Luis Obispo de Tolosa were the first to plant wine grapes in San Luis Obispo County; original documents show the quality of the wine was highly valued and often traded to other missions. The latter decades of the 1800's were another important time in Edna Valley.  Pierre Hyppolite Dallidet revived wine grape growing in the region, grafting French cuttings onto rootstock still surviving from the mission era and becoming the Central Coast's first commercial vintner.  During that time, Edna Valley also became a thriving dairy region, with men such as John H. Hollister, farmer, dairyman, and public servant, leading the way.  George and Edgar Steele purchased 45,000 acres in Edna Valley and, specializing in cheese, attracted many Italian-Swiss dairy farmers, such as the Moretti, Stornetta, Poletti, and Monighetti families, to the area.  Tolosa pays tribute to the hard-working people from this flourishing time who owned and farmed the parcels where our grapes now grow. 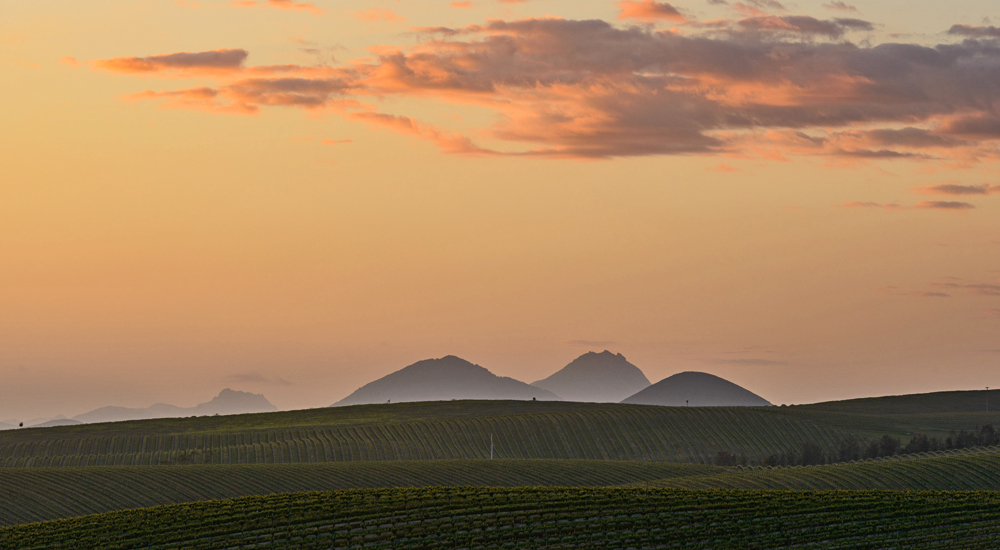 The Poletti section of Edna Ranch backs up to the Santa Lucia Mountains, part of the Pacific Coast Range.  The sloping, rolling foothills raise in elevation from 320 feet to almost 500 feet and include three main soil types: Salinas silty clay loam and Zaca clay along with Tierra loam where some of our most prized Chardonnay grapes are grown.  There are two Dijon clones in the Poletti parcel, 76 and 96, as well as the more common clone 4 and the Tepesquest selection.  The Tepesquest was planted from cuttings taken from a vineyard in Santa Maria and are the only vines on Edna Ranch that are own-rooted (meaning not planted on a grafted rootstock).  The Chardonnay coming from the Tepesquet block tends to lend tropical aromas and flavors to our wines. 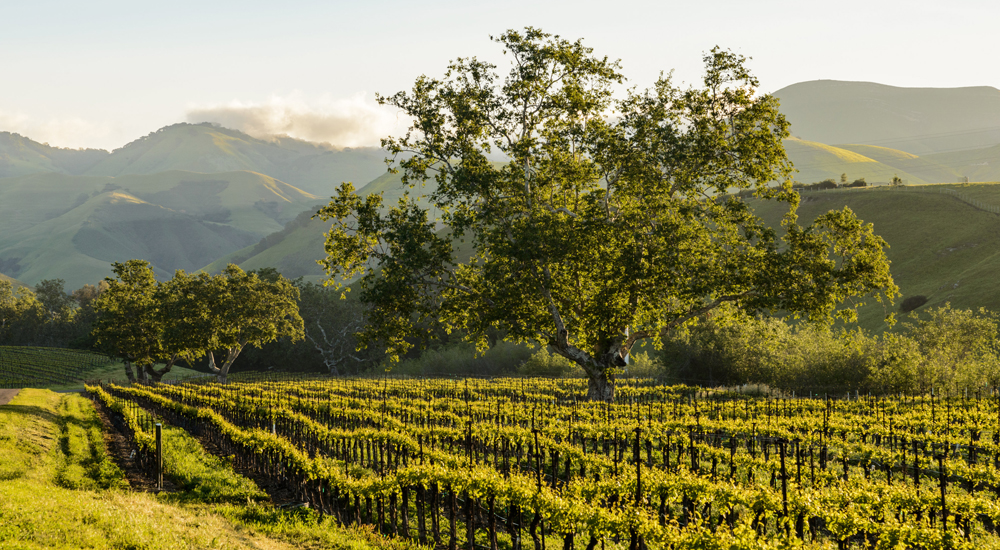 The Moretti section of Edna Ranch is planted within a canyon in the lower slopes of the Santa Lucia Mountain foothills, surrounded by cattle ranches and sheltered from the afternoon Pacific winds.  East Corral de Piedra Creek flows through the middle of the parcel.  The soil consists of Zaca clay and Salinas silty clay loam bordering the creek.  Moretti is the location of the initial sighting of the mysterious stone lion statue in the Pinot Noir block planted of clone 777, whose metaphorical strength and minerality lends its name to some of our wines. 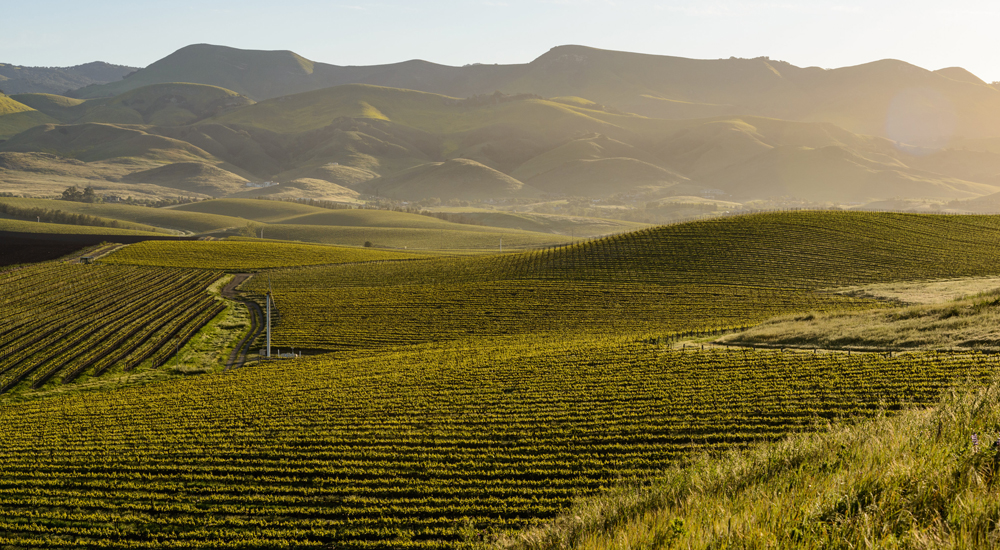 The lucky vines on Hollister are the closest of the Edna Ranch to the Pacific Ocean, a mere 5 miles as the crow flies.  This location offers some spectacular views of the Edna Valley from the hilltop vineyards as well as a complex set of features from the 5 to 50% slope on the Arnold loamy sand soils.  From the Hollister parcel, we are able to choose from Dijon clones 777 and 828 in addition to Pommard and the Hoffman Mountain Ranch selection brought from the historic HMR vineyard in the Adelaida District of Paso Robles.  The challenges of hillside farming and rocky soils result in wines that are some of our most intriguing and complex. 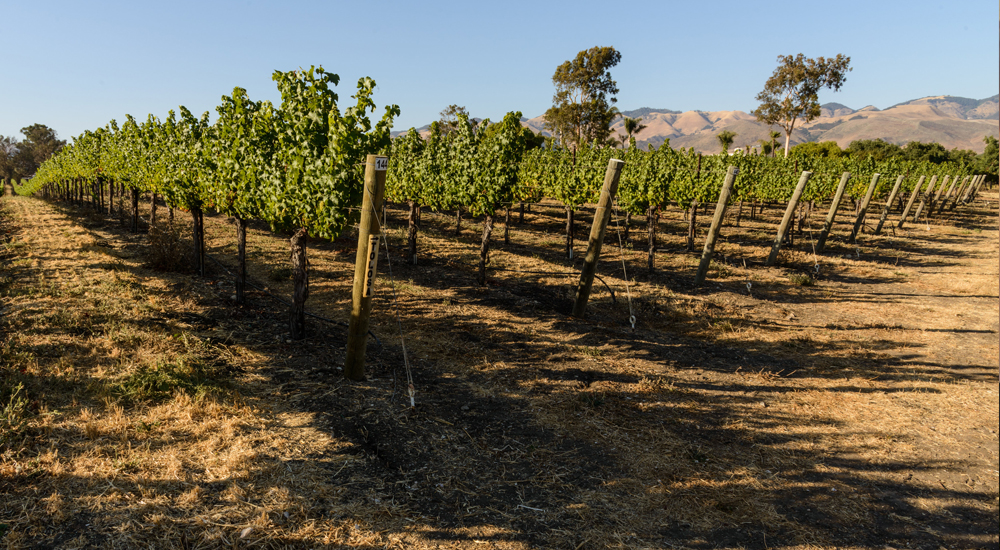 Bordered to the south by West Corral de Piedra Creek, Salaal provides Syrah and Grenache for our cool climate Syrah-based wines including our Salaal Rhone-style blend.   It is on fairly level ground, which normally does not favor red wine growing. But Salaal regularly puts the lie to the statement that, “Red wines love the hills.” What red wines love are well drained soils, and here a section of Salinas loam can be found amid the Cropley clay, along with Salinas silty clay loam bordering the creek. 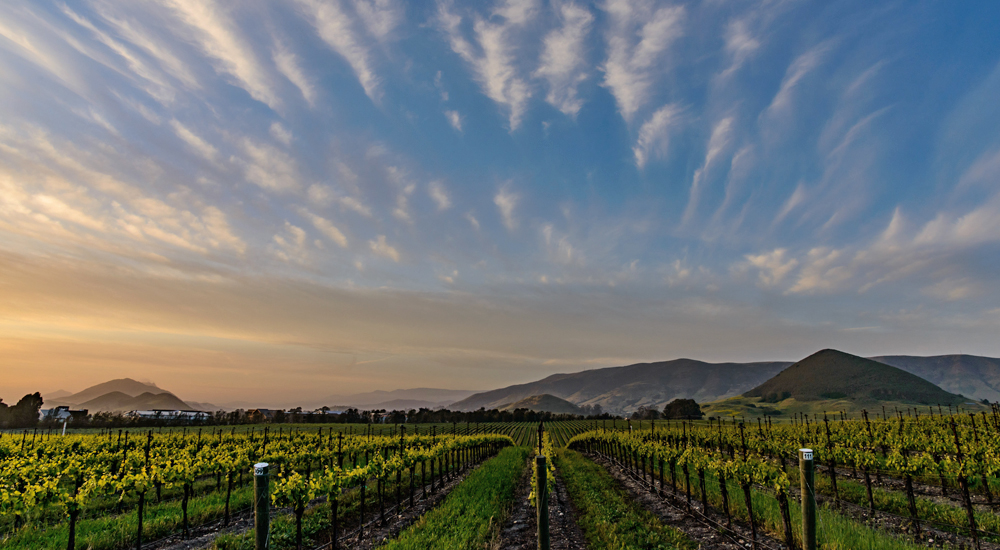 Tolosa winery is located in the heart of the Baggett portion of Edna Ranch.  It is the first part of the vineyard to receive the cooling Pacific winds from Morro Bay, following the chain of Nine Sisters from Morro Rock to Islay Hill, a volcanic cone less than one mile NNE of Baggett.  There are two primary soil types: Tierra sandy loam in two of the most prized blocks and Cropley clay in another.  These vineyards were planted using Dijon clones 667 and 777 on 101-14 and 1103P rootstock.  Historically, these blocks have produced some of our most fruit forward, concentrated wines, which form the foundation for our blends. 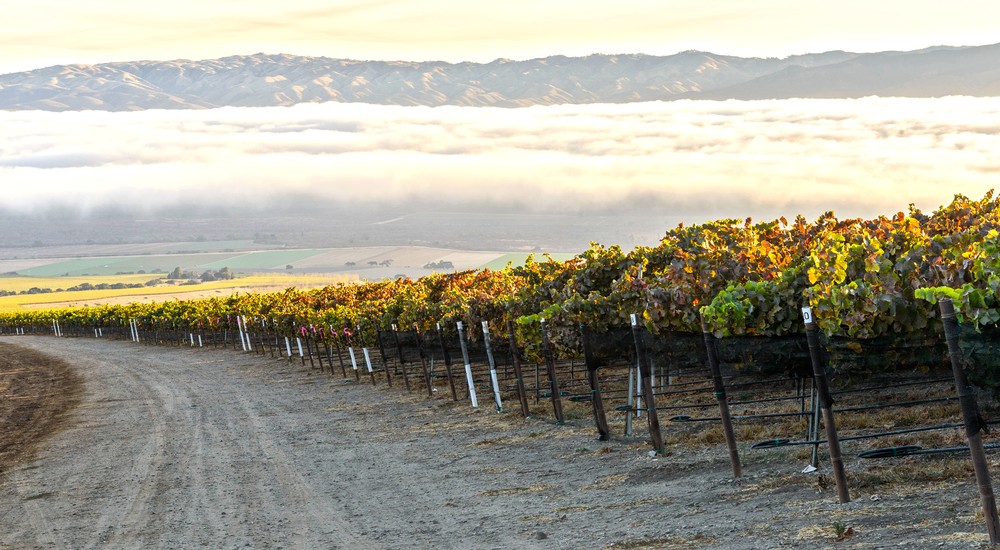 Farmed by the Franscioni family, Apex Vineyard is located 28 miles from the cold water of Monterey Bay. The vineyard is planted above the fog line, receiving ample afternoon sunshine and producing a grape profile with a more prominent tannin structure, while the daily fog and ocean breezes contributes to an acidity hard to miss on the finish. 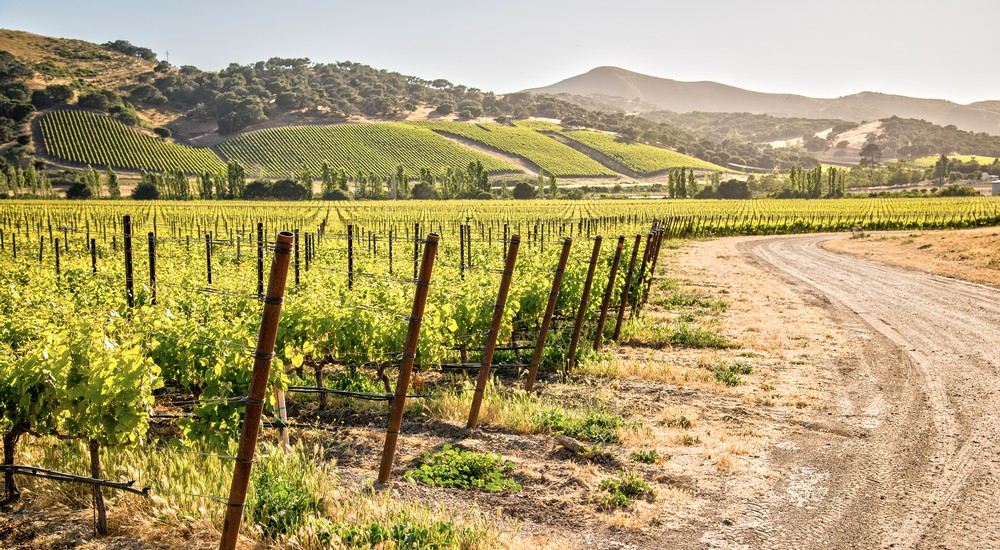 Drum Canyon Vineyard thrives in the eminent Sta. Rita Hills AVA. The region is famous for its oblique mountain range which allows the coastal breeze and fog to cool the vines. The vineyard possesses steep hillsides on challenging terrain. As a result, the terroir produces wines with intensity, featuring the signature acidity of the Sta. Rita Hills AVA.

This site is farmed by the Keller family and located within the Petaluma Gap AVA, the premier gateway to the Sonoma Coast where the maritime wind and fog roar into the region cooling the vines. The site has a northern exposure and lies a mere 7 miles from the San Pablo Bay, bringing another moderating influence in cooling the vines. The vineyard consists of a 20-acre block planted on the highest point of the Keller estate at 500 feet of elevation. The vines are growing on clay loam soils and a gravelly volcanic subsoil. 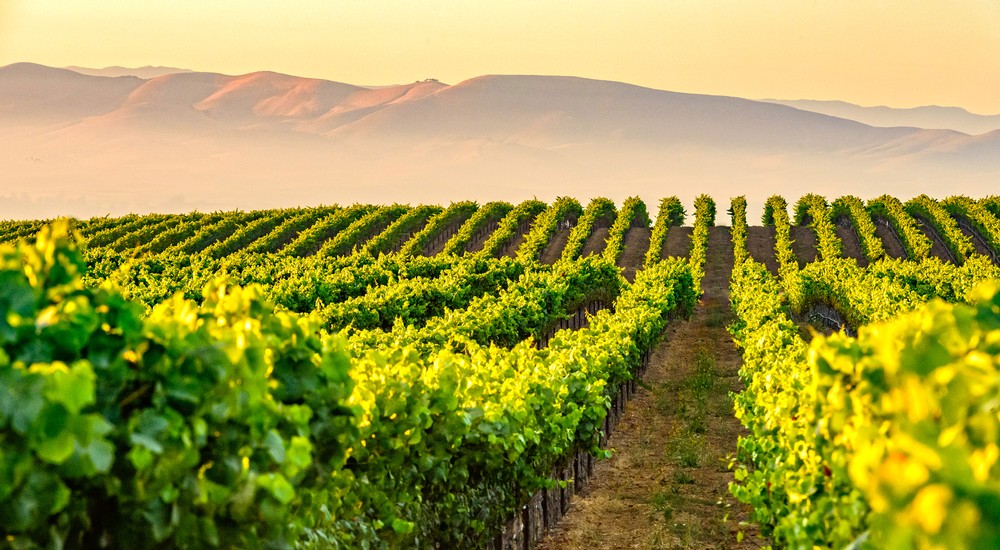 Solomon Hills Vineyard takes its name from Salomon Pico, a celebrated bandit who traveled along the El Camino Real in the 1850s. This vineyard is located at the westernmost end of the Santa Maria Valley AVA. Not only does the vineyard have a view of the sand dunes, but the wine's expressive aromatics flourish from the sandy soils. 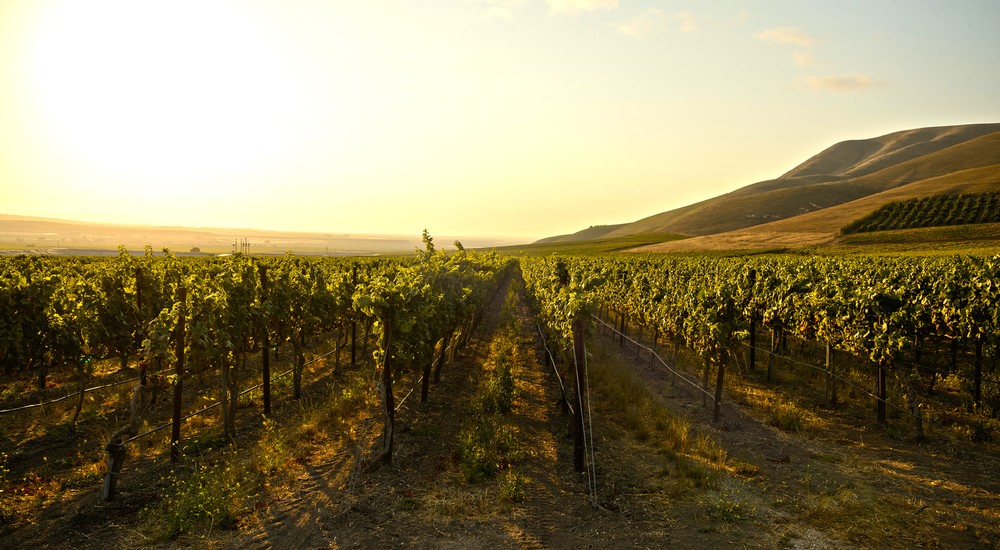 Bien Nacido Vineyard is the most famous grower for California Chardonnay. This site is punctuated by mild sunny days, an afternoon sea breeze, and a marine layer to moderate the temperature of the vines. The specific location of the W block is one of the oldest and windiest parts of the vineyard. The vines are planted on limestone and shale outcroppings. The wine's minerality perfectly accompanies the hallmark tropical notes and bright acidity. 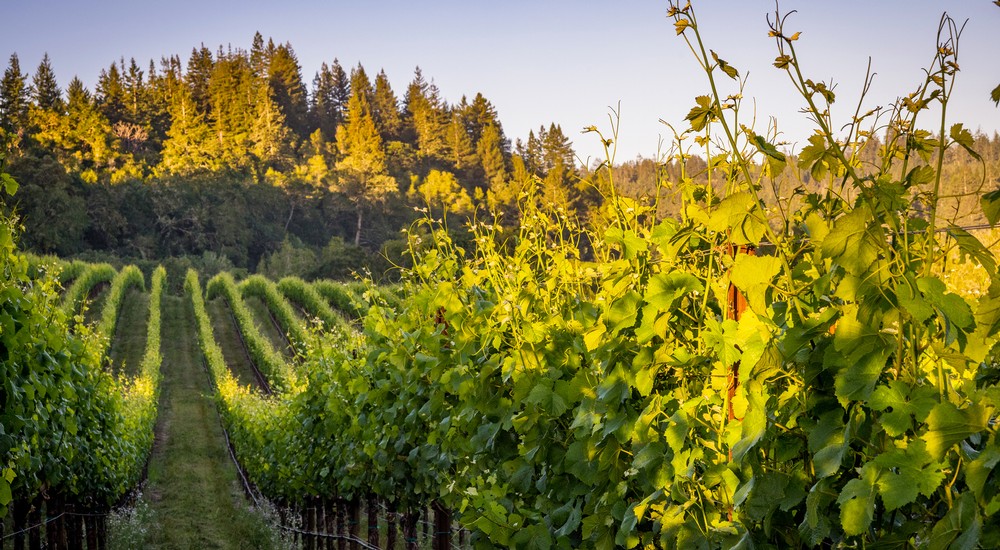 This gem of a vineyard resides in the Green Valley of Russian River Valley in Sonoma County. The vineyard is situated near the town of Graton and is planted with 10 acres of Pinot Noir grapes surrounded by redwood trees. The region experiences mild temperatures throughout the summer months. Gunsalus Vineyard resides in a subregion that is truly special: the maritime fog from the Sonoma Coast lingers the longest in this part of the region, resulting in it being the coolest, foggiest part of the Russian River Valley. The soils consist of Goldridge sandy loam soils and Sebastopol loam.