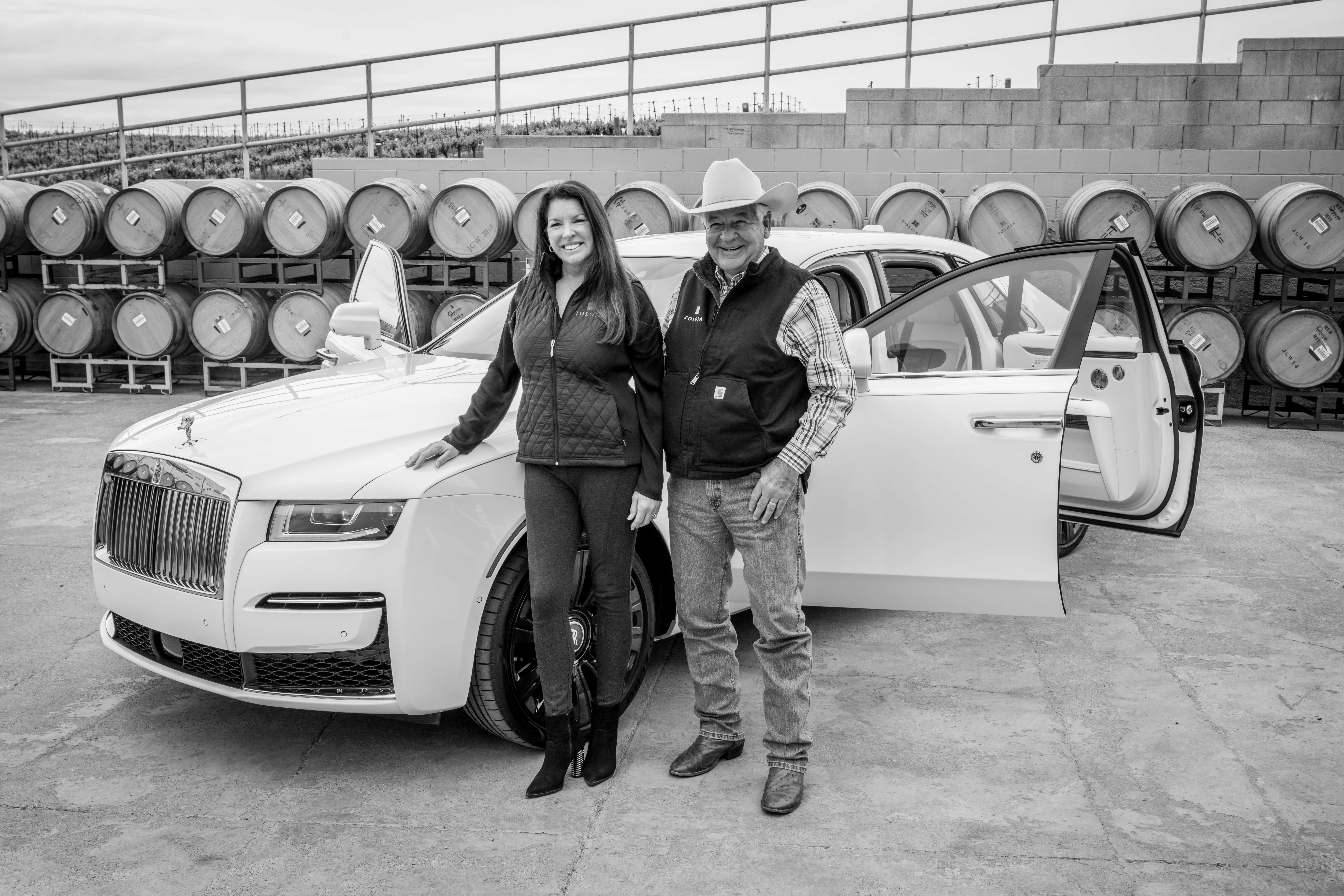 Vintner Robin Baggett returned to Edna Valley almost 40 years ago with a law degree and cowboy dreams of owning a cattle ranch like his grandfather. Having graduated from Cal Poly in 1973, he knew the area.  He bought a historic ranch in the valley and began running cattle, but the cold Pacific wind and limestone soils made him realize he was on a different kind of frontier – one for world-class cool-climate Pinot Noir and Chardonnay. Being in a region with a grape-growing history that stretches back to the 18th century, when Franciscans at Mission San Luis Obispo de Tolosa produced some of California’s first wines of distinction, planting wine grapes was a natural choice. Robin and his partner Bob Schiebelhut began planting vineyards in 1988, adding several other historic family ranches in the valley over time. Together with Jim Efird, now retired, they founded Tolosa in 1998. Robin’s passion for wine making was born, and his wine journey began.

Vintner Michelle Baggett began her multifaceted career in the development of hospitality brands before she joined the world of wine.  A Georgia native, Michelle’s career designing five-star hotels landed her in Beverly Hills and then Honolulu as a Senior Designer for two of the world’s leading international hotel architectural firms. Her hospitality development background then led her to a position on Hawaiian Airlines’ marketing team and thereafter into a marketing and public relations firm in San Luis Obispo.  It was there that Robin and Michelle’s stars aligned.

In 2006, Robin and Michelle embarked on the next stage of their adventure. Together, they founded Alpha Omega in Napa Valley, with the vision of creating world class Bordeaux wines.  Procuring prized grapes from the many appellations of Napa Valley, they have established a winery that handcrafts finesse-driven, complex and balanced wines expressing the aromatic profile of the best Napa Valley has to offer.

Intrigued by the idea of creating Burgundian wines that express the same passion for excellence as the Bordeaux wines made by Alpha Omega, in 2015, Robin and Michelle introduced our Napa winemaker to their home of so many years, Edna Valley - and Tolosa.  The next chapter of Tolosa began.... 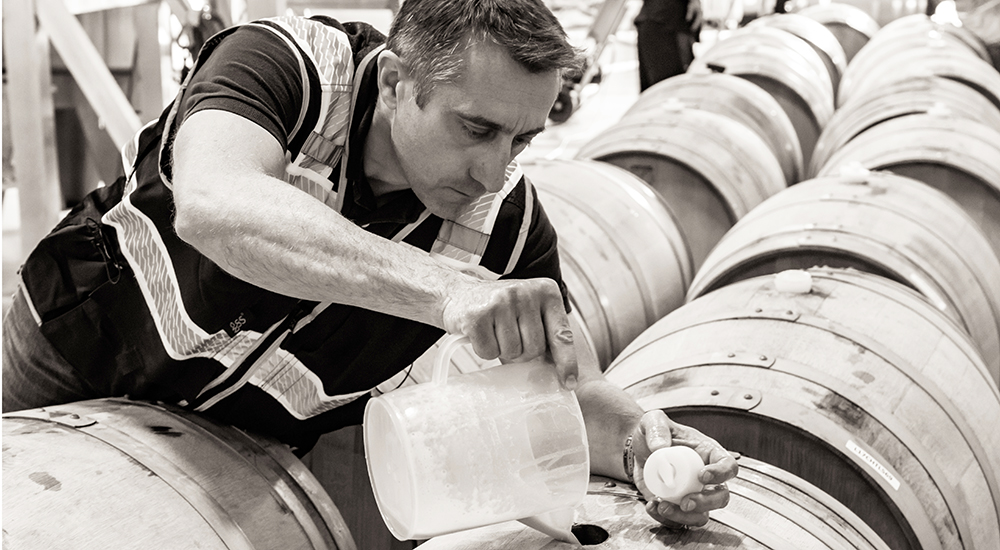 There’s a revolution stirring in California winemaking. A move to overthrow the technical and tactical approach in favor of a more artisanal expression that allows the true nature of place to shine through. Vintner Robin Baggett has entrusted winemaker Frederic Delivert with the expression of Edna Valley through the wines of Tolosa.

Maybe it was destiny.  Tolosa is named after the Mission San Luis Obispo de Tolosa, the mission dedicated to Saint Louis, Bishop of Toulouse.  Frederic hails from Toulouse, France, and received his master’s degree in agricultural sciences in 1995 from the Ecole Supérieure d’agriculture de Purpan (ESAP) in Toulouse.  He discovered California while getting his degree, during an internship in Alexander Valley in Sonoma County.  He came back for another harvest at Newton Vineyard in Napa Valley in 1997 and stayed in California.  His career path has allowed him to make wines for distinguished wineries in many of the subappellations of Napa Valley, including Rutherford, Oakville, Yountville, Howell Mountain, and Mt. Veeder, as well as in the Sonoma Coast and Red Hills Lake County AVAs.  His fascination with differing soil compositions and the impact of local climates has led him on a pursuit to understand how these factors influence the resulting wines.

Frederic began collaborating with Robin Baggett on wine projects in 2009.  He was introduced to Tolosa and Edna Valley just in time for the 2017 harvest.  He immediately perceived that the combination of Pacific influences and unique soil compositions of Edna Valley provide an incredible palette for very special wines.  Fred is continually exploring Tolosa’s estate vineyard, Edna Ranch, and discovering more facets of its exceptional character.  He is passionate about crafting balanced, complex, and nuanced Pinot Noirs and Chardonnays which express the singularity of this marvelous terroir. 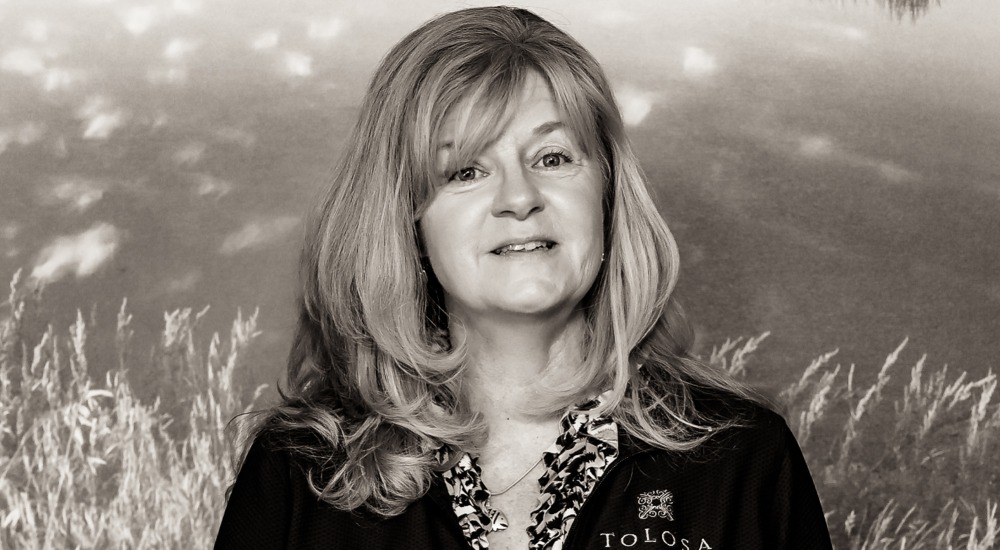 It takes a lot of exceptional people pulling in the same direction to produce extraordinary wines and provide top-flight hospitality.  President & CEO June McIvor has led the talented Tolosa team since she was brought on board by Vintner Robin Baggett in 2015 to bring his vision for Tolosa to fruition.

Inspired by Robin’s keen insight into the potential of her adopted hometown of San Luis Obispo as a preeminent Pinot Noir region, June was avid to follow her passion to Tolosa. During her tenure, she has overseen the comprehensive refresh and elevation of Tolosa, including the installation of all new state of the art production equipment, the introduction of ultra-premium single vineyard Pinot Noir and Chardonnay wines and the flagship Pinot Noir Primera, the debut of additional and remodeled luxury hospitality spaces, and an across-the-board overhaul of Tolosa’s approach to building relationships with its customers.

June is no stranger to pioneering businesses, having been Vice President of the 1994 World Cup soccer tournament, the first World Cup to be held on U.S. soil; one of the founding executives of Major League Soccer, the top division men’s professional soccer league in the U.S.; and the Chief Operating Officer of the Women’s World Cup soccer tournament, which put women’s soccer on the global map.  She is also no stranger to wine in the San Luis Obispo Coast region, as she served as an attorney for 12 years to many of the top wine organizations in the region and beyond.