Fred Delivert will break the stigma. The affable, French-born winemaker at Tolosa has made a sublime pinot noir, loaded with flavor, elegance and highlighting everything that is special in the varietal in Edna Valley. Read More

WINE PICKS: 3 Chardonnays that are Perfect to Drink Right Now

On a hot sunny day or in cool stormy weather, if you’ve closed a big deal or just sitting down to relax, these 3 Chardonnays are perfect for any situation or climate. Read More

As SLO county opens back up, it's time to support our small local food and drink establishments

As I write this column, there are food and drink businesses that just found out they could open their doors for dine-in services after more than two months, and they are currently closed once again—some even boarding up their windows—due to threats of violence that came on the heels of protests. Read More

RUTHERFORD, Calif. (March 5, 2018) – Vintner Robin Baggett, managing partner of Alpha Omega winery in Napa Valley and Tolosa winery in San Luis Obispo, and his vintner wife Michelle, today unveiled the Alpha Omega Collective, a new umbrella brand for those two enterprises and their Spanish winery, Perinet. This newly-formed group marks an exciting milestone for the Baggetts and strengthens the connection between all three brands while propelling future growth.   Read More

Lars Leicht, VP/Communications & Trade Relations for The Tasting Panel, provided a dictionary definition of terroir as he kicked off the “Domestic Terroirists” seminar he moderated at SommCon D.C., held at the Westin Georgetown June 23–25. “Terroir: the complete natural environment in which a particular wine is produced, including factors such as soil, topography, climate, or the characteristic taste and flavor imparted to a wine by the environment in which it is produced," it said. Read More

TASTING THROUGH THE 2018 VINTAGE OF TOLOSA’S SINGLE-VINEYARD SERIES

SITUATED NORTH OF the Santa Maria Valley and south of Paso Robles, Edna Valley is one of California’s coolest AVAs. Vineyards run northwest to southeast along volcanic hills that are fewer than 10 miles away from the Pacific Ocean. Read More

The Award-Winning Winemakers from the Global Masters 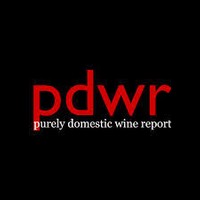 The other night, my husband, Greg, and I attended an overcast Wednesday Perinet After Hours event at Tolosa Winery in the heart of Edna Valley. This is one of those events that anyone with a yearning for romance needs to know about and get comfortable with, whether your style is monumental movie scenes such as Jack and Rose on the bow of the Titanic or brief moments of light in the darkest of situations such as when Life is Beautiful’s Guido sneaks off to play Offenbach’s Barcarolle on the gramophone for Dora. Read More

On a spectacular Central Coast morning in Edna Valley, cool breezes on a warm sunny day made it refreshing and delightful to be in wine country.

It was a perfect day for traipsing out into the lush green vineyard beside Tolosa winery’s expanded garden patio to sip chardonnay. I was there for a tour and wine tasting, invited by a friend who had bid at a charity auction for a Tolosa winery excursion and won it. READ MORE

When it comes to improving the tasting room experience, how much is enough to lift the bottom line? According to three Central Coast executives who’ve led their teams to increased direct-to-consumer (DTC) sales, the answer lies in implementing calculated changes, some large and some small, both internally to staff and externally to the guest. Read More

It was Josh Raynolds’ first-ever visit to San Luis Obispo’s wine country for his first-ever comprehensive tasting of the region’s wines for Vinous. When he was done, Muran said, he vowed to come again next year and every one after.

“Why haven’t I discovered this before?” Raynolds exclaimed. READ MORE

THERE’S A LOT of tension in San Luis Obispo County’s Edna Valley: not in terms of anger or politics, but instead in the exceptional traits of the 2017 Tolosa Chardonnay and Pinot Noirs that result from Fred Delivert’s handiwork. Thanks to Edna Valley’s climate—the coolest not only in California’s Central Coast, but the entire state—and its long growing season, the new Tolosa winemaker has everything he needs to uplift the prowess of these Burgundian varieties.

The greater San Luis Obispo County winegrowing region is best known for the mostly brawny, high-octane Rhône-variety-based wines of its famous AVA, Paso Robles, but the elegant and energetic wines from its cool, Pacific Ocean–influenced vineyards are increasingly making their case in the market as well.

While Paso Robles has been garnering plenty of trade and consumer attention in recent years, the wines of greater San Luis Obispo County have been steadily gaining in quality while also slowly emerging from the shadow of their more famous neighbor to the north. Less than a decade ago, the region was home to just a handful of well-known producers, but that has changed. The sheer number of high-quality wineries and the wines they produce means that the area necessitates and, most importantly, deserves its own coverage.

How to Spend the Perfect 24 Hours in Los Angeles

If you’re looking to visit Los Angeles and seeking the most luxurious, money-can’t-buy trip, we’ve found the ultimate haute experience for you. When you combine two of the world’s leading brands in luxury, it’s guaranteed that the result will be exceptional—which is exactly what Rolls-Royce and The Peninsula Beverly Hills are ensuring with their new Rolls-Royce Cullinan x Peninsula Beverly Hills experience. Here, we’ve outlined all the details that will result in the Haute Living-approved, ultimate 24-48 hours in Los Angeles.

The Rolls-Royce Cullinan is the prestigious brand’s newest masterpiece—its first-ever, super-luxury, all-terrain SUV. Aptly named “Cullinan”—which was the largest diamond ever mined in the world, consisting of more than 3,000K—the vehicle is precious yet rugged, fit for any luxurious adventure. With 563 hp, a V12 engine at 5,864 pounds, the superpowered SUV blazes through some of the most dramatic landscapes in the world with its all-wheel drive, handling with extreme ease as it conquers the roadways. Read More

What to sip for Earth Day

There was a time, not long ago, when the word organic on a wine label meant a bottle best avoided. Thankfully, today the o word is no longer a dirty word. We look for wines made naturally, from organically, biodynamically or sustainably grown grapes. With Earth Day just around the corner, what better time to celebrate the abundance of green, earth-friendly wines. Read More

Jean Hoefliger has made a reputation for making Cabernet Sauvignon wines at Alpha Omega in Napa Valley but his first winemaking experience was with Pinot Noir. A native of Switzerland, Hoefliger had initially pursued law in college but dropped out when he said it became clear he didn't have either the interest or the passion to be an attorney. Because he had neglected his law studies by playing cards and drinking wine, Hoefliger said, he went to work for his godfather, who owned a winery.  Read more

From the palatial digs of Hearst Castle in the north to the soft sands of Pismo Beach on the southern end, the coastline of San Luis Obispo County has been a vacationer’s paradise for more than a century. Beachcombing, surfing, hiking, cycling and kayaking present endless outdoor opportunities for all ages. And thanks to the thriving wine countries of Edna Valley and Paso Robles, which sit slightly inland, the college town of San Luis Obispo is now home to culinary gold. Add the quaint villages of Arroyo Grande, Avila Beach, Cayucos and Cambria, and it’s no wonder why so many tourists wind up locals. —Matt Kettmann

Scores from the Wine Advocate on our 2016 Pinot Noir and Chardonnay from Edna Valley. 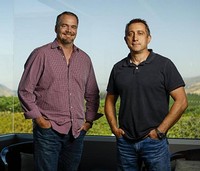 Frederic Delivert’s hiring follows a series of multimillion dollar improvements aimed at elevating Tolosa — and the Edna Valley overall — into the upper tier of the wine world since Robin Baggett took the reins two years ago. Read More

Tolosa Winery co-owner buys key stake in another winery, this time in Spain

Perinet is a 133-acre estate vineyard terraced high into the mountains, in a region known for producing powerful red wines.

From the Vine: The Tolosa redux in Edna Valley

On Sept. 10, 1998, a bright, sunny fall day in Edna Valley at Tolosa, a semitruck loaded with 140 tons of freshly harvested muscat grapes pulled into the brand-new winery across from the San Luis Obispo County Regional Airport. That muscat was the first to be crushed at Tolosa, but it wasn’t their wine. The grapes were purchased by the Martin Brothers Winery (later Martin-Weyrich partners/owners) in Paso Robles. Martin winemaker Craig Reed gave me permission to write about it. They were among Tolosa’s custom crush customers.

It was exciting because it’s a rare occurrence. Few wineries invite the media when there could be potential problems operating for the first time. I felt fortunate to be there for the exclusive experience, READ MORE

The San Francisco Chronicle Wine Competition (SFCWC) is the largest wine contest of solely American wines in the world.

Sixty experts from the media, education, trade, and hospitality industries come together each year to judge the best wine this country has to offer.

Submissions streamed in from across the country. Everything from small boutique wineries to large-scale suppliers are represented in this year's selection.

This past year was a fascinating one for a wine industry that has never been one to rest on its past successes. Great chefs have flocked to San Diego and brought with them menu formats that include great wines.

The urban winery format has multiplied in our large communities where one brand is served, made from grapes brought in from the best vineyards in the state.  The wines of Baja Mexico are finally showing what they are made of (I have one in my Top 10).

The list also includes two from Italy, one from Washington and six from California. An amazing six blends make up the majority of flavors, with two Pinot Noirs, one Chardonnay and one Sangiovese.

Frank Mangio is a renowned wine connoisseur certified by Wine Spectator.  He is one of the leading wine commentators on the web. View his columns at tasteofwinetv.com and reach him at mangiompc@aol.com.  Follow him on Facebook.

The Wine and Food of San Luis Obispo

A winery to discover is Tolosa , a large, sweeping vista vineyard just south of San Luis Obispo’s airport in the Edna Valley.  Tolosa is named after the Franciscan Mission San Luis Obispo de Tolosa, that grew wine grapes in the 18th century, and still stands today.  Those Pacific coastal winds make this the coldest appellation in California and reminiscent of Burgundy in France.  It is a prime environment for Pinot Noir. The Tolosa Pinot to search for is “1772,”($60.) the year the mission was built.
This 2014 release is a blend of 4 different blocks, aged 11 months in French Oak barrels. It has a rich, black cherry mouthfeel, with refined tannins.

Frank Mangio is a renowned wine connoisseur certified by Wine Spectator.  He is one of the leading wine commentators on the web. VIEW HIS COLUMNS

Tolosa, a boutique winery in Edna Valley, unveiled its multi-million dollar renovation and celebrated the elevation of its brand during its “Discover Tolosa” weekend, which drew more than 400 guests to its estate Nov. 4-6, 2016. The festivities were highlighted by a ribbon-cutting ceremony, the release of Tolosa’s new, single vineyard wines and the unveiling of its new production facilities and hospitality spaces. With its overhaul and latest offerings, Tolosa, once again, positions itself as a pioneer in the Central Coast wine community and moves forward with a renewed commitment to spare no effort in handcrafting the finest Pinot Noir and Chardonnay possible.